March’s instalment of the Discovery 2 showcase, features multi genre rapper SHAODOW who has sold independently, 15,000 copies of his cd’s across the world, punk infused indie from MODEL SOCIETY, folk pop singer songwriter ALEX HULME who is on tour promoting his soon to be released single ‘Climb’ plus BIG ZERO , purveyors of New Wave Punk Rock who are here to give Pop music a much needed shot of adrenaline and of course our resident Dj Delphi.

Trained in Shaolin Kung Fu in China he has sold over 15,000 copies of his CDs across the world alone, toured in Thailand, performed at Reading and Leeds Festival and headlined the O2 Academy Oxford twice.

He has self released 5 singles, 1 EP, 2 Mixtapes and 2 Albums and co-released the DiY Gang Wireless Headphones range with Freesound Audio. 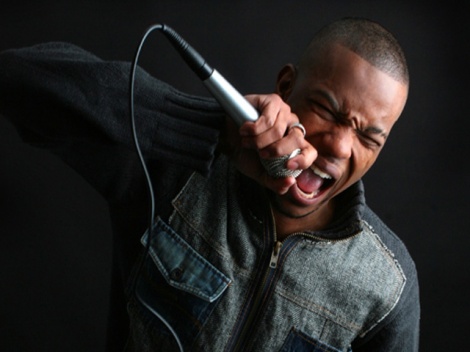 Model Society have a quintessentially British sound that breathes new energy into social commentary and satire of today’s surburban life. Having recorded tracks with the likes of Paul Tipler (Idlewild, Placebo) and Steve Levine (Beach Boys, Culture Club) they have a succesful list of airplay and gigs under their belt including Bestival, O2

December Sessions and supporting Young Knives. They put on a captivating live show and are often described as a musical blend of Blur, Bloc Party and Hard Fi with a nod to the nostalgia of Buzzcocks.

“So catchy Interpol and Franz Ferdinand will wonder why they ever bothered.” ARTROCKER
www.modelsociety.co.uk https://www.youtube.com/user/MODELSOCIETY

You know the story… three musicians from a no-name town, fed up with listening to the music played on the radio came together to form a band. But this is where the familiarity ends…

The young purveyors of New Wave Punk Rock, are here to shake things up and give Pop music a much needed shot of adrenaline.
They are fast, they are loud and they want to get up in everyone’s faces.
Adam Saunderson, Bradley Stainton, and Johnny Shinner are taking influence from the best of British and American Pop Rock; from The Cars to The Police, from Green Day to The Sex Pistols. Real bands that play live music.
To the outside world they were simply the punks, the weirdos, the outsiders, but together they are BIG ZERO.

Folk-pop singer, writer and loop maker Alex Hulme returns to the AAA as part of his promotional tour for his new single ‘Climb’. Plaudits from Paul McCartney and Billy Ocean aside, his work has received critical acclaim from the likes of Ultimate Guitar and the Beeb.

Alex performs like his life depends on it. Don’t just take our word for it; listen to Sir Macca, listen for yourself. He conquers the intricate layering of loops on a live stage that would put his hero, Foy Vance, to shame, and coming from a humble rural background in the North West, he has a lot to talk about. His lyrics are striking, his vocals are velveteen.
“A beautiful song and a wonderful melody” – Sir Paul McCartney
“His ability to command the room was nothing short of remarkable…” Bido Lito Magazine